About the author: Denicia is originally from the island of Trinidad and Tobago in the Caribbean. She is now studying at University of Freiburg (Albert-Ludwigs-Universität Freiburg) in Freiburg, Germany. She is majoring in the Bachelor of Science in Life Sciences and will graduate in 2022.

Coming from a small island in the Caribbean, the idea of studying abroad is an opportunity that most people in my country would consider as an unachievable dream. This is because, in the tightly knitted culture that was created for the people who live on the island of Trinidad and Tobago, there is simply no need to leave the island, as there is already everything one should need: friends, family, a place to live and a job. With that being said, it came at a huge surprise to my friends and family when I decided that I wanted to leave the country to study abroad. One year later, I found myself sitting in a Condor aircraft flying to Germany to learn the unspeakable language that is spoken by the people that resides there.

Now, this was not just any abrupt decision that I made by just googling, “where to study abroad for international students”. Of course, this was also included in my heavy research for finding a university, however, I had to look at certain factors for selecting an institution such as finances, diversity in culture, cost of living and finally, language.

Firstly, upon googling, I was awed by the amount of money it takes to educate one international student. Tuition fees by itself were tripled to that of a Canadian or US citizen which were already expensive. With the sad and very low exchange rate between my country’s currency and the Canadian dollar or the US dollar, studying abroad definitely seemed like an unachievable dream. I desperately started googling, ‘Low tuition universities for international students’, and ‘study for free for international students.’ I was slowly losing hope and I was near the brink of deciding that I should just live in the Caribbean. Giving google one last chance, I searched through articles and links that I had already come across. That was when I discovered that I could study in Germany for free as an international student. Aside from the semesterly maintenance fee of 155 euros and living expenses, tuition was totally free! Great! Problem solved. But then, another obvious problem was brought to my attention. They don’t speak English.

Taking a language course was definitely the obvious solution, however, this was not cheap. For just six months of learning German at a standard level, $4000 USD was needed. Although it was pricy, $4000 USD for six months abroad was still cheaper that studying at a university for just one year in America at the cost of $20,000 USD. So, there I was flying to Germany, with absolutely no other language skills but English and a little bit of Spanish, to a small city in the south west called, Freiburg im Breisgau.

Freiburg im Breisgau, known to be the warmest city in Germany, is one of the most beautiful places I have ever seen. The old and new architecture reflected on the history of Germany, where wars destroyed infrastructure and previously historical places. The culture of the people was something completely different from that of home. At home, the warmth and friendliness of anyone that passes by was adamant. A family was not just made in one household but in each town and village. At home, people were happy, relishing in the taste of alcohol, unbothered by the fact that work in society needs to be done. In Germany, however, every individual was independent to one another. Every day, I observed that there was no one that did not look like they had no place to go. Each person walked as if they had somewhere to be, something to do and something to achieve. I realized that this was a place where I was meant to be. By living here, I would become more independent. I would know how uninformed I was about order in society, how important jobs were and how important was it to follow rules. Germany had a lot of rules.

In my language school, I befriended a lot of international students, from Japan to Italy, to England to Africa. After two weeks, we would try our hardest to speak only German, despite having knowledge of a handful of words and grammatical structure. However, this rendered useless as we were so limited in expressing ourselves. Thus, we succumbed to using the English language. The German language was not difficult to learn, but the overload of new vocabulary and especially the different sentence structure used by Germans were confusing. With just a bit of guidance from our language teachers, help for our fellow students and determination from each individual, conquering this language was not as hard as I would have initially thought.

Four months later, together my friends and I adapted to not only the language but also the German culture. We learnt to respect the German history for one. Previously, I had little knowledge of the world wars. I was just thought the necessities in my history class at my primary school, but the interest did not go further. In Germany, I learnt about what it was actually like being involved in the wars. Secondly, my friends and I also adapted to words and phrases that were considered taboo to Germans. For example, the mention of the dictator, Adolf Hitler, in public was severely looked down upon. We also discovered the delicious food and beverages that was founded in Germany. From schnitzel to simple beer, everything was delicious. 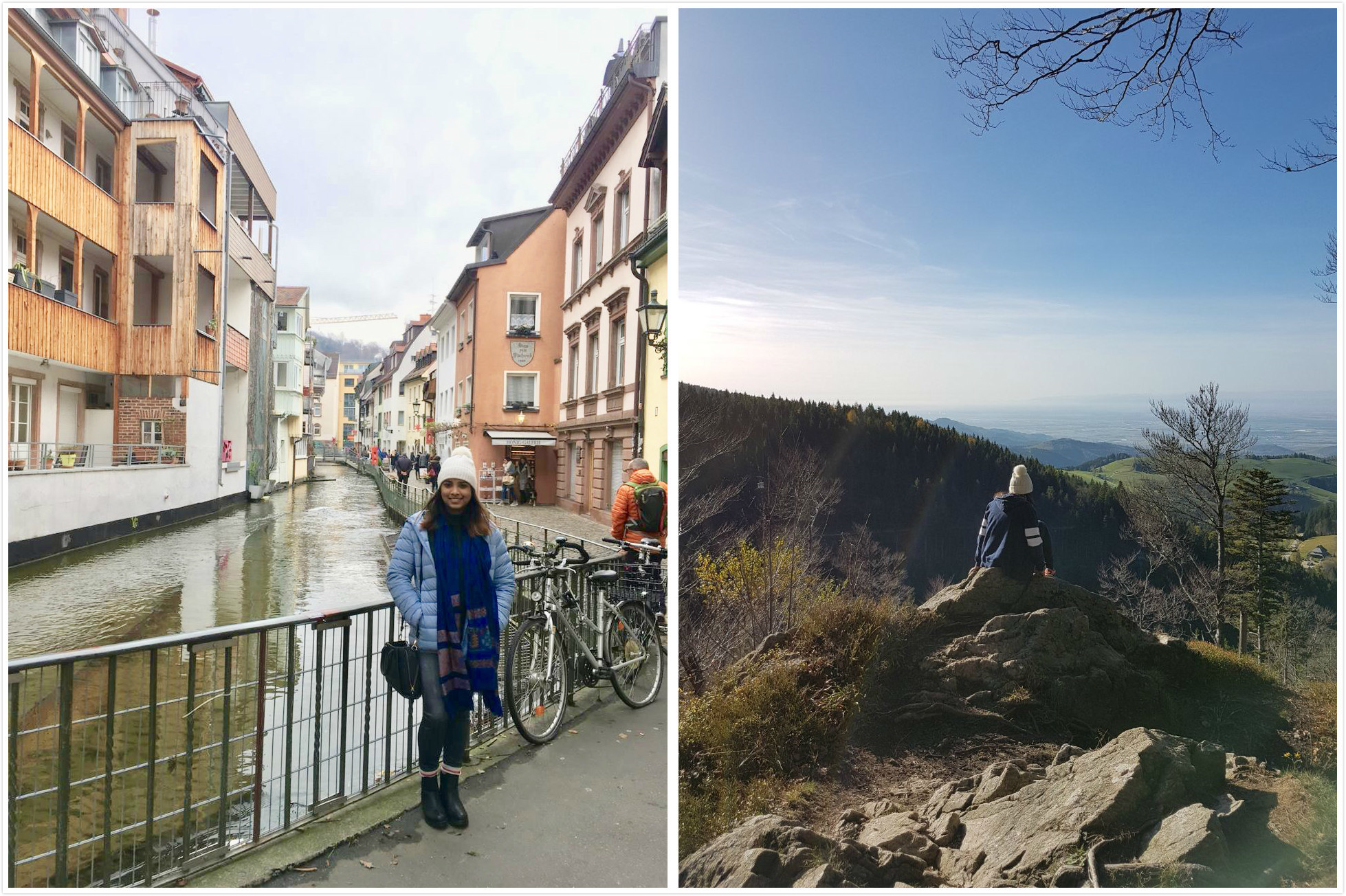 Six months later, with adequate but not fluent knowledge in German, it was time for me to consider university. Although tuition was free for international students in Germany, for the state of Baden Württemberg which Freiburg belonged to, international students are to pay 1500€ per semester. Despite this knowledge, I still decided to apply to the University of Freiburg, because I had already fell in love with this city and I thought that with some knowledge of German, a job should not be too difficult to find.

Liberal Arts and Sciences offered at the University of Freiburg is considered one of the most elite opportunities to international students worldwide. To my understanding, Liberal Arts and Sciences was defined as allowing someone to open their mind to different ways in seeing the world; not just scientifically, but also economically, philosophically and even mentally. It then pushes someone into realizing what exactly they like or dislike and as a result, their most favourite subject can be chosen. This, in my opinion, helps mould an individual to become the way they would like to be in the future and I would very much like to be that individual. With that being said, I was honoured to be given the chance to study at UCF in the Liberal Arts and Sciences program. Not only was this the program of my dreams, but this ‘one of a kind’ course was also offered in complete English. Now I am learning about management issues, ethical issues, life sciences, earth and environmental science, culture and history and I am loving it.

Although finding a job is more difficult than I previously thought, I have been sending out dozens of applications per week. I have not given up hope that I will soon a job because reflecting on how far I have reached based on hope and determination, I know that I can make a life for myself in this beautiful European country.

From an island girl living in a big world 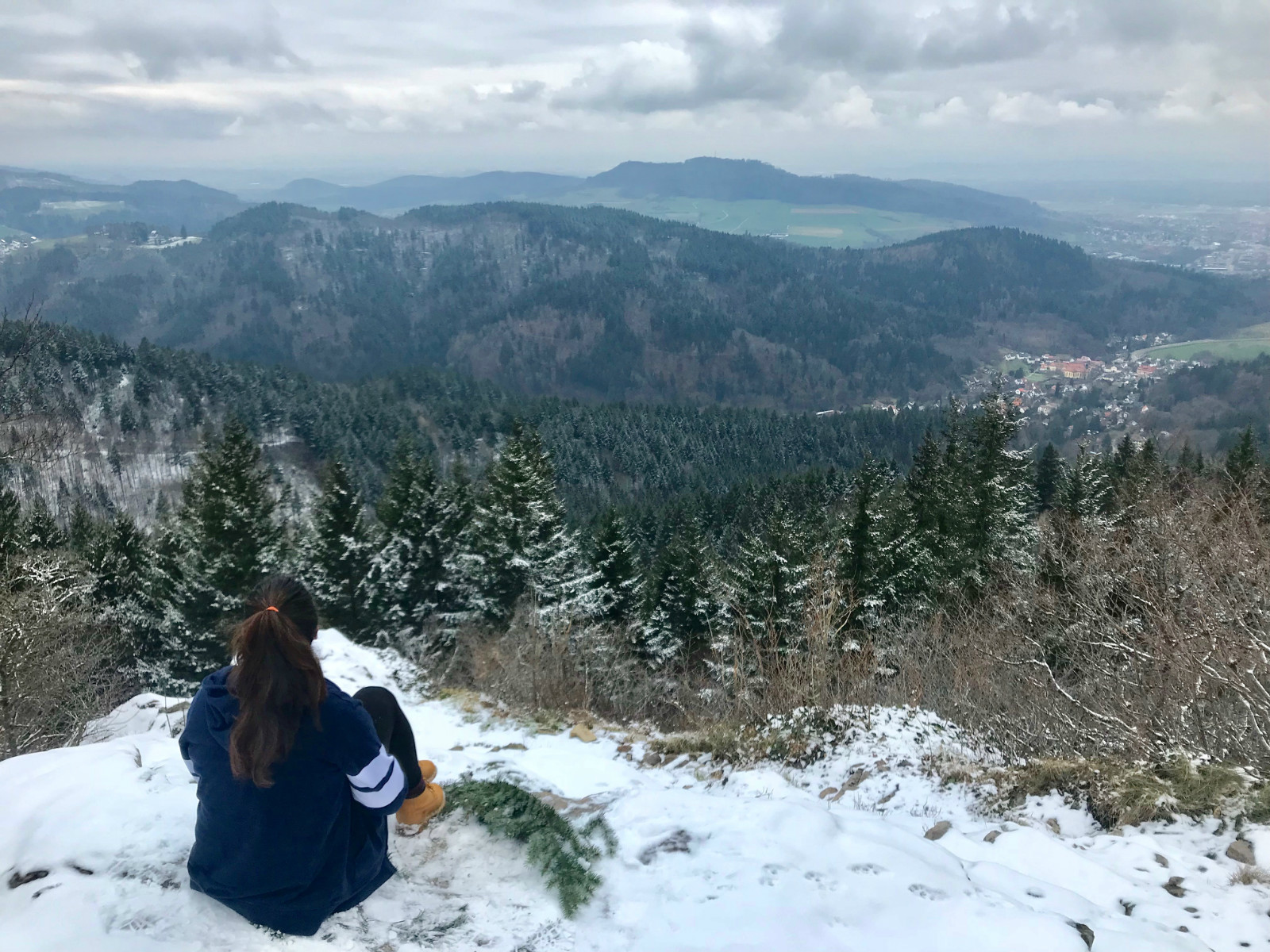