About the author: Jacob is originally from Spain. He participated in an exchange program to study in China for four months. It was his first trip away from home, and there were so many things new to him.

Hi! My name is Jacob. I am Spanish. I am going to talk about the first time I went abroad. You could think that, being from Spain, my first experience in a different country would have been in a close one, like France, Portugal or the UK. But nah. I decided to take the chance of getting a fully funded scholarship to study for a four months stay in…China. Yeah.

—But hey, was at least your Chinese good?

—Then what were you going to do in China?

—Emmm… The program was conducted in English.

***I have a cool story that involves my “back then” bad Chinese and my TOO adventurous spirit. I will talk about it in a few lines later! Let me continue…

So, basically, I was really excited about the idea of going to an (I supposed) awesome country with thousands of years of history, (I supposed) nice people and one of the most difficult languages in the world. To be honest, I had been “studying” Mandarin for some time, but my study method was not too serious, hence the hen bu hao (bad) results. Eventually, my suppositions were all confirmed, but first things first:

HOW I (almost) MESSED UP EVERYTHING

I WAS READY T (sorry, denoting-anger-Caps-Lock was still on). I was ready to prepare my stuff, pack it and leave my country. I had everything I needed: a passport, a visa, some university documents, razor blades, chocolate and some clothes. However, three days prior to departure, one of my biggest hopes faded away, and reality hit me really hard.

I found myself having no response from my host university when I asked them about the “pick up from airport” service that they said they offered. It seemed like I finally had realized that no one would be waiting for me the day of my arrival, so I had to think about a quick solution. The one I chose may not be the most orthodox one, but it worked. I still do not know how, but it did.

I decided to download a language exchange app. In my mind, it had sense. As a guy who loves languages and meeting new people, I thought it would be more interesting than just looking for a hotel via Internet. The odds were clearly in my favor, as a local guy from the city I was going to study in contacted me a couple of hours later. I could not believe that someone from that place was talking to me, basically because this app has an algorithm which randomly connects two strangers together.

We started texting each other. To my surprise, his English was not very good. My Mandarin was also really bad, so I had to use a translation tool in order to communicate with him. It was really painful to me, as I had to translate almost every sentence. I think that my (by then) new acquaintance had the same problem. But the good thing was, he helped me to find a good place to stay for a couple of days. As I had no clue about where my university was, and how could I get there by myself, I decided to book a room in the city center.

But the most surprising part for me was when he said:

—Don´t worry, I will pick you up at the airport and I will take you to the hotel.

I thought that either 1) he was kidding or 2) I was going to die. I do not know why I had those thoughts, maybe because it was my first time abroad, and my intercultural knowledge was very limited, ridiculously constrained. Apart from what I had read in books or watched in videos, it was fundamentally zero. But I had no chance, and I decided to trust him. Obviously, I did not tell my mum about it.

A LONG BUT NICE FLIGHT AND MY FIRST CHINESE PENGYOU

I WAS SO EXC(sorry, denoting-excitement-Caps-Lock was still on). I was so excited! It was my first time on a plane, my first time abroad, my first time getting a visa, a passport… Lots of first times were condensed in one experience! Oh, and, of course, it was the first time I was going to meet a stranger abroad.

But first I had to worry about the fact that I was going to spend 3 hours on a first plane (good), 8 more in Turkey (nice stopover) and then 11 more in another plane (awesome).

But, to my surprise, the time spent in the Turkish airport was not so bad. It was a nice place, and I was really excited about the fact that I was going abroad! I was in an international airport! Furthermore, I found out that I love airports. That is the reason why, nowadays, whenever I go to an airport, I feel good. It just feels like everyone has reason and purpose to be there, and not just hanging out. It is the gateway to different cities and seems to be an independent city without permanent residents. Airports connect us to the people we love, regardless of whether we are going to reunite with them or they let us leave for a new adventure.

Anyway! It was all okay. I arrived to Guangzhou´s Baiyun Airport, I texted my new pengyou (friend) aaaaaaaaand… there he was! Nice! I greeted him in Chinese and he got it! I did not get what he said later though! But I was happy! I was in China! 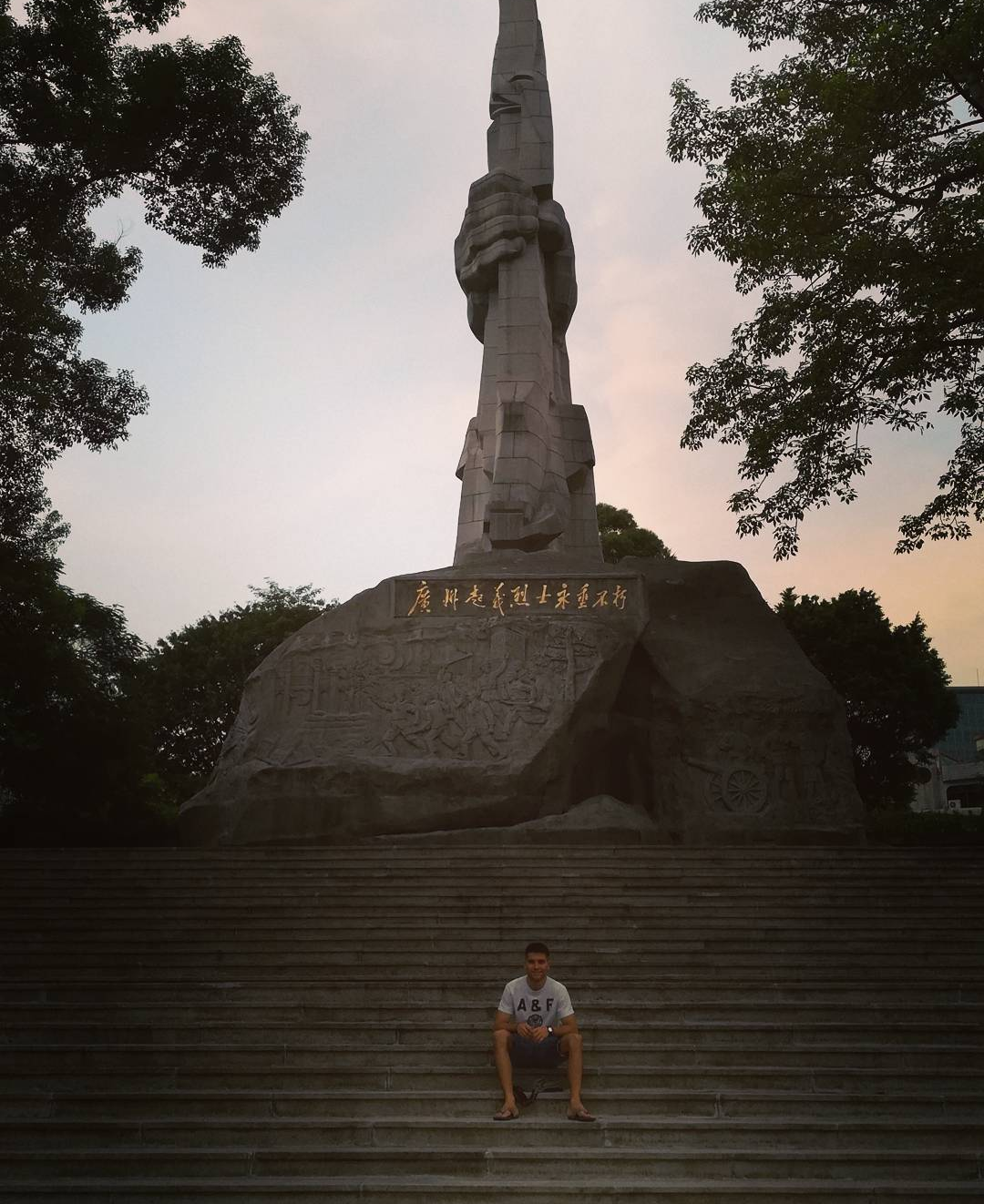 My kind friend bought a metro ticket for me, as I did not even have cash. It turned out that the “ticket” was a kind of green chip, similar to the ones you get in my hometown´s Christmas amusement fair. That was cool! The next thing was not. I gave him a Spanish delicatessen as a present: a piece of our beloved and national pride jamón serrano (serrano ham), and his reaction was not expected at all. I think this was my first culture shock. He plainly said: “I do not like this”.

Well, to be fair, I immediately thought that, then, he could give it back to me, and I would be more than happy to accept it. But I did not say that. That guy had literally saved me, so I had to show no other than gratitude to him.

We finally got off the metro and went out the metro station. I perfectly remember my first impression of the place and first word: WOW. That city was full of lights, people, cars and life! And there was me, with a really heavy suitcase and two big bags. But we were (supposedly) going to the hotel. And then was when I had my second (and a little bit frightening) culture shock.

It turned out that my “hotel” was a kind of Airbnb whose reception desk was at a private room in another building. Once I saw myself in that pretty dark and small room, I started thinking that it was the end, and I had not even say goodbye to my family… The chances were big that I was going to get robbed, or beaten up. But they actually gave me my key, an exceptional treatment, and even some food! I was pleasantly surprised. The room was awesome, and the views from the window were simply amazing.

MY NEW SCHOOL AND MORE PENGYOUS

There were no big problems in class, as everyone could speak English, and the lessons were conducted in English too. But out of classroom, I had no chance but to use my poor Chinese. And here is where I would like to give a piece of advice to those who are planning to go to the Middle Kingdom but are not interested in learning Mandarin: just learn how to say zhe ge (this) while pointing with your finger whatever you want. It really works wonders. 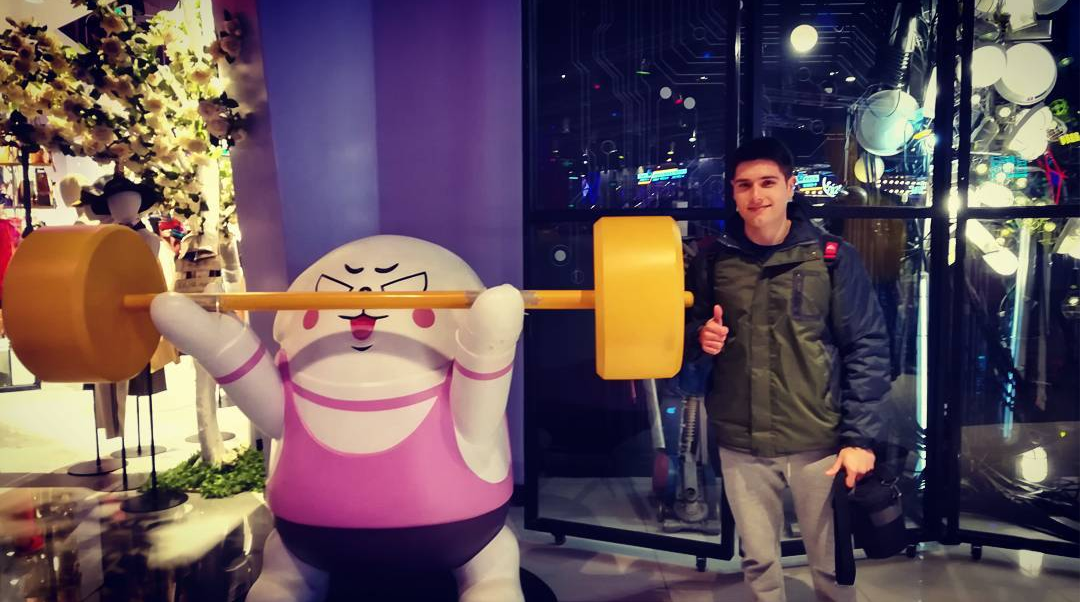 “I even joined a Chinese gym”. Even though it seems so silly, this was my first impression when I actually signed up for a gym membership in Guangzhou. To be honest, even a simple bottle of Coke could amaze me. I collected (and I still have) lots of advertising brochures, pamphlets and cards. I would take pictures of a street bench, a nice building or a Chinese pigeon.

I made some of friends and lots of “friends”. The first category includes my roommate Sam, Xiao Zhang (my aforementioned savior), a couple of Bruneian lovely girls, and a Korean girl with whom I still keep in touch and that I consider an angel, so kind-hearted she is.

The second category consists of, basically, curious people who wanted to talk to me for several reasons. Some wanted a picture (I still do not understand why someone would like to take a picture with me); some just wanted to practice their English (it was too noticeable), and the best ones were the starers: those who, without any kind of concealment, would stare at you. Those stares would go deep to my soul, and I am sure that they could serve as an X-ray scanner.

The starers were people that would make me angry, as they would indiscriminately point at me, look at me (even for some minutes!) or loudly say in Mandarin: “look at that British foreigner!” The funny part was when I would reply: “I am Spanish”. Their reactions were hilarious. It seemed like it was impossible for a foreigner to speak their native language. And the truth is, back at that time, my Mandarin was really, really bad. It has improved a little by now, though.

As you could probably (and correctly) have thought, four months is an extremely short stay. To be honest, I took the return flight feeling like I had seen nothing. I left the country pretty sad, as I could not do everything that I wanted to. But I also know that I would need several years in order to see and do everything I want. That is why I want to go back, and I cannot wait to have the chance and being able to spend a quite long time in that awesome country. 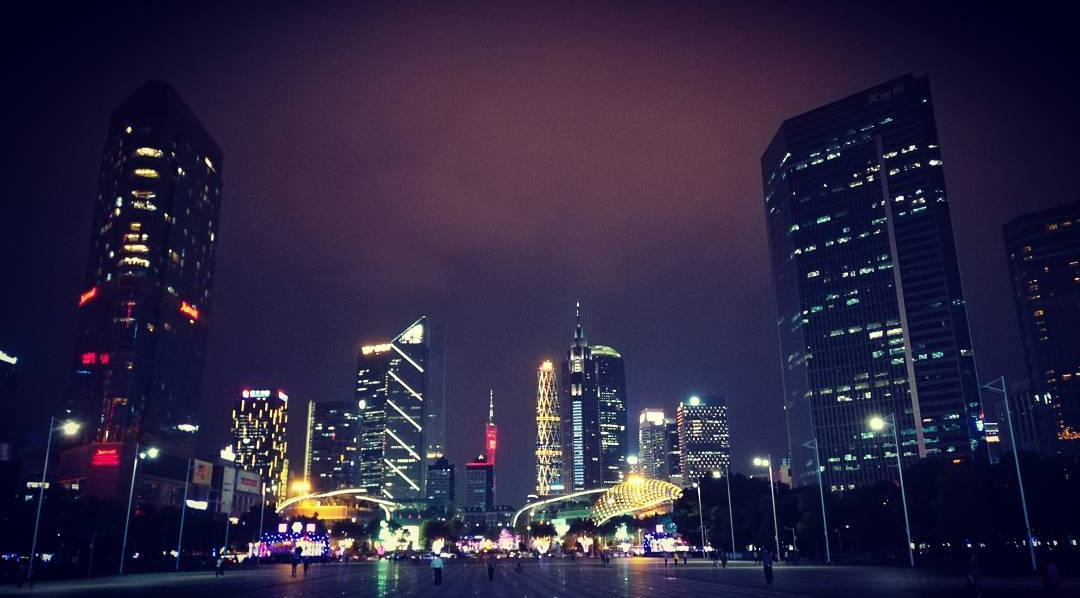 China taught me a lot of things. From my point of view, the most important aspect is that it helped me to understand and control my sense of frustration. My culture and theirs is completely different, and that is something that I must be aware of and, thus, respect. There were lots of things that did not make sense to me, like how the bureaucratic system worked, why it was so difficult to open a bank account, why would some people look at me like I was an alien, etc.

It was a love-hatred relationship. As much as I loved China, there were things that got me really upset, or even scared me. The good thing is that the “scary” events (specially the one related to my first friend and the “hotel”) made me realize that there are kind-hearted people in the world, and it is not a bad thing to trust others (always taking into account that one always has to be careful).

China was a turning point for me. It was my first open window to the world. And now I hope I will be able to discover lots of different windows. 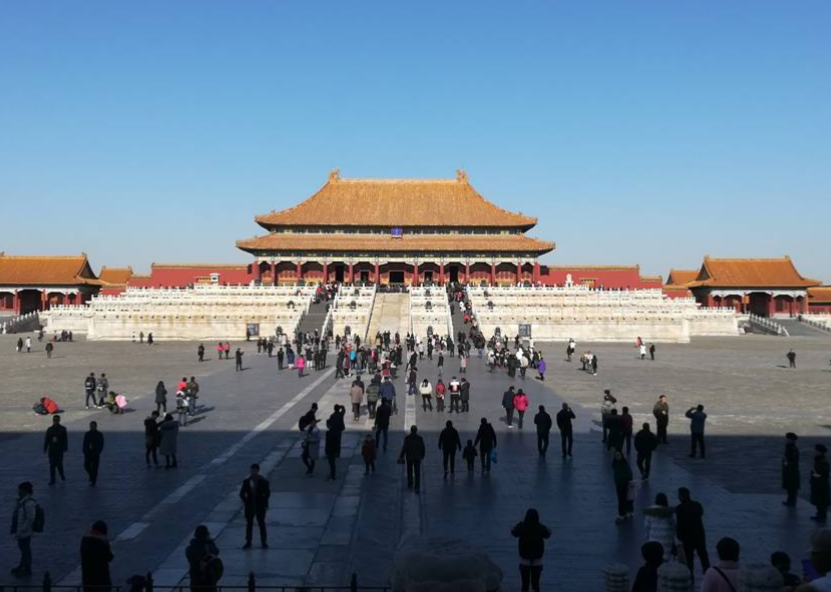