About the author: Laiba is originally from Pakistan. She participated in an exchange program called Global UGRAD in Fall 2018. She was placed at the University of Minnesota Crookston (UMC), and her major was Software Engineering.

Life takes an unexpected turn sometimes. I remember the day I received an email I was waiting desperately for, “Congratulations! You are selected as a Principal Candidate for the Fully Funded Global UGRAD Exchange Program for Fall 2018”. I couldn’t control my excitement. After such a competitive procedure, a series of interviews and tests, I was finally going. I left my home country and rode a plane for the first time. I was placed in the state of Minnesota. Over the course of five months of exchange program, I also travelled to many other well-known cities in the states of New York, California, Florida, District of Columbia, Washington, Utah, Massachusetts, Nevada and North Dakota. Before the exchange, I had never been out of my home without my parents’ supervision, but during my exchange program, I travelled and visited most of the well-known places and cities of America I used to dream of one-day visiting.

I used to have a fear of heights back home and I wouldn’t even sit in a Ferris wheel in a theme park. But then, during my exchange program, I had my first skydiving experience. I also rode different kind of rides and roller-coasters for the first time at Universal Studios Adventure Theme Park and I enjoyed it. That is how I got over my fear of heights.

There were some of international students studying in my university and that is how I made friends from different countries of the world. It was fun and pleasant to share and learn about each other’s culture. I gave my country presentation at my host university to talk about my country which was a big deal as it was later published over the local newspaper and the university’s website. It was an honor to present my country at my host institute. 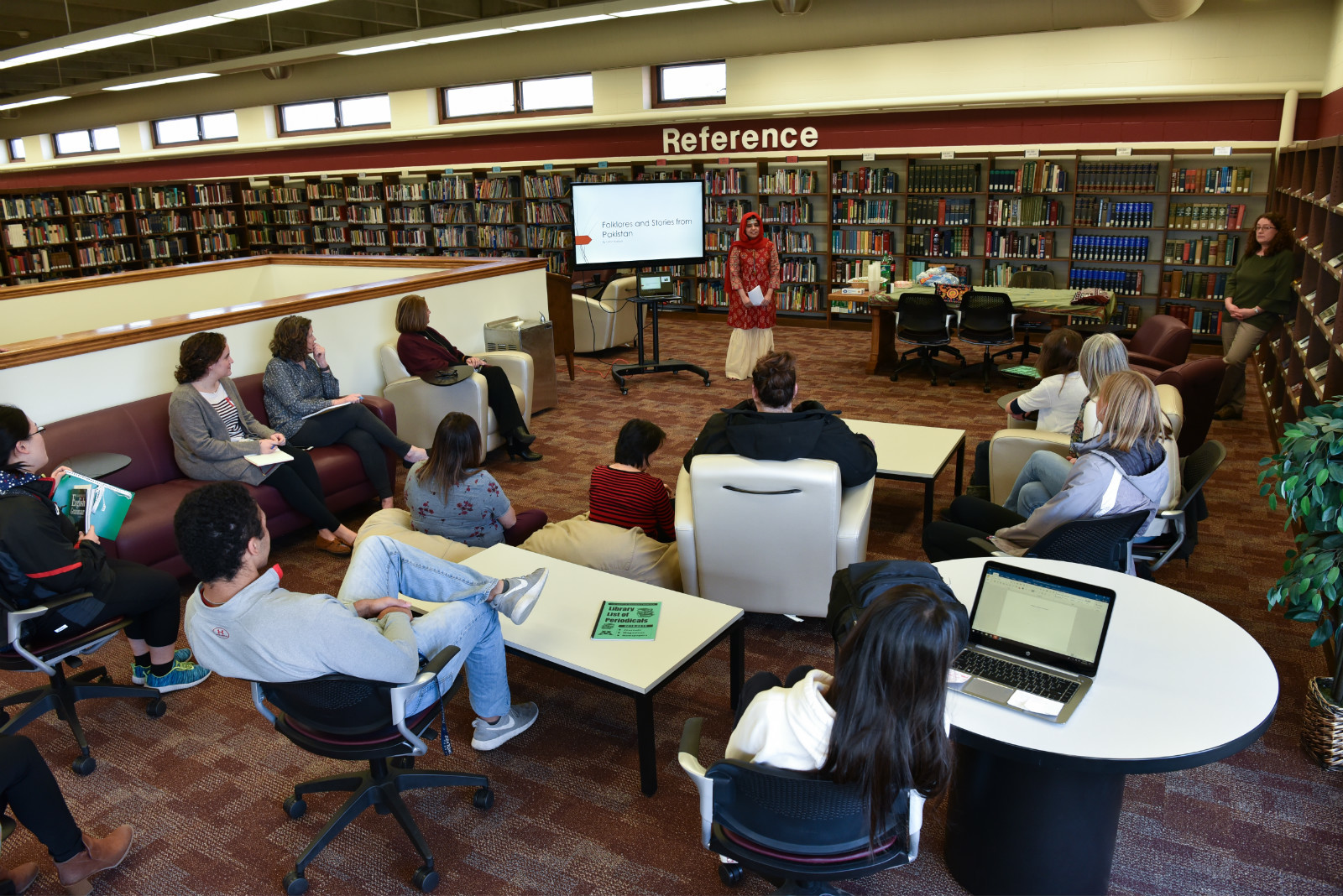 I was very appreciated and liked by my teachers as I would actively participate in class. According to my experience, undergraduate studies in States is relatively easier than in Pakistan. In my home university, we need to study a lot. At my host university, I didn’t study as much as I would travel whenever I had time in order to see the most of America I could in my short period of exchange. I still achieved A’s in all the courses except one course. It was the American Government course. Since I had no prior knowledge of American Government before taking this course, therefore I did not do too well in it. But everything I learned was by actively participating and listening in the class and it worked.

For the cultural differences, beginning with the fact that I found the teachers friendlier, more cooperative and understanding. Another one being the food. American food was a big shock for me; full of cheese and really blend. I missed my Pakistani food the most over there. Another cultural difference I observed was that the kids would live on their own away from families once they were eighteen years of age. The grandparents would also be admitted to old age homes by their families at some point. In Pakistan, our grandparents live with us. We were talking about it at our UGRAD re-entry workshop which happens once in the middle of the exchange period when all the UGRAD exchange students travel from their host universities to University of Utah to attend it, many American staff members agreed that yes it’s true and a part of American culture that we admit our grandparents into old age homes at some point in life but according to them, it is because the adult care centers can take better care of the elderly than the family themselves.

I had an American host family. It was a nice small family comprising of a mother and a daughter. They had a lake house where they took me on a weekend. It was a very beautiful place I had ever seen anybody could live at. We had our outings over some weekends together.

Talking about language, my English was pretty good and I received a lot of compliments for it from time to time. My written as well as spoken English both are quite good because at schools in Pakistan, we are taught how to read and write English from a very young age. So communication was not a problem for me.

Coming to finances, since it was a fully funded exchange program, all finances for my fees and meal was covered by the program. For shopping, flight tickets for travelling and some other small expenses, the stipend was good enough and I had a very planned budget for where and how I spent my money. Since travelling was my dream, I spent the most on flight tickets and travelling expenses.

I had the most fun on the holidays of Halloween, Thanksgiving and of course the most important one, Christmas, though I had to leave and go back to my country before actual Christmas, I enjoyed the most Christmas parties I could attend before my departure back home.

I also want to talk about some things I think all US international students would agree on. The fact that the American’s call football soccer and rugby football. The way they write date is month-day-year instead of day-month-year. They measure temperature in Fahrenheit while we measure in Celsius. And they definitely eat a lot of potatoes. They eat potatoes made in various ways with their meal or as their meal like fried potato, mashed potato, boiled potato, cheese potato, baked potato and what not.

The most important thing I got to do because of my exchange was to live independently, completely on my own and out of my comfort zone. This exchange gave me a better view of the world out there and more career opportunities if I ever had to think about working abroad. It also taught me to be responsible. Running errands to the store for groceries, doing my laundry on time, visiting the bank and the phone store whenever I had to face an issue related to them, I learned to do all of these tasks responsibly through my exchange. I also learned time management and budget planning. Another thing I learned to do because of my exchange was socializing. Living in a dorm with a roommate was a new experience by itself as I never had lived in a dorm before. I was always a day scholar back home.

From my experience in States, most of the Americans I encountered or came across were really nice and kind. I also found many Americans very excited to learn about my culture. Once, a taxi driver I came across for a ride with was very curious to learn and therefore asked me about my country, culture and religion which made me happy and I gladly answered. I was always open to questions. I never minded it. As long as the other person was respectful and open to learning, I would try my best to communicate the knowledge I had and share my values and culture with them. That is exactly what exchange is about in my opinion. Sharing your culture and knowledge about your country and learning other person’s culture and values as well to bridge the gap between each other’s people and country.

I am so glad I was one of those students who have had an exchange experience. Believe me, visiting a country by itself is not the same as being an exchange student or an international student at that country. I learned a lot through my exchange. If anything, exchange teaches you; whether a person is from any country, race, religion, cast, color, creed or gender, always speak and act with kindness. I hope one day, the world would live in utter peace and everybody would be understanding and accepting of each other.